Geoff White, President of Albertson’s Own Brands, including the bestselling O organic brand, has been announced as the third keynote presenter at the Organic Produce Summit 2018, this coming July in Monterey, CA. 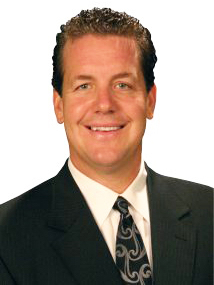 As President of Own Brands, White is responsible for furthering the growth, development, and innovation of the company’s Own Brands products, including O Organics, Lucerne, Open Nature and the extensive line of Signature™ products, as well as overseeing Albertson’s Culinary Kitchen and Technical Center. Albertsons, with 2,200 stores, is the second largest supermarket chain in North America and recently announced that O organic brand had reached $1 billion in sales.

White joins Ed Carolan, President of Campbell Fresh, and Dan Buettner, noted journalist, author and discoverer of Blue Zones, as the three keynote speakers at the third annual OPS, July 11-12 at the Monterey Conference Center. Each of the speakers will deliver a TedTalk presentation that will be followed by a Retailer Roundtable, focused exclusively on the organic fresh produce industry.

White started as a general clerk in Burnaby, British Columbia in 1981 and held positions of increasing responsibility over the next 17 years, culminating in being named Director of Canadian Produce Operations, where he was responsible for all Produce sales, marketing, and merchandising, spanning western Canada with 210 stores. In December 2004, White was named to a Group Director position at the Safeway corporate office and was eventually promoted to Vice President of Produce. In 2010 he was named Senior Vice President, and over the next five years led several functions including Dairy, Frozen, Deli/Food Service, Branded Concepts, Produce and Floral. In 2015, he was named the SVP of Marketing and Merchandising for the Northern California Division.

“We’re honored to have Geoff as a major participant at OPS this year.  Geoff is a true visionary and recognized as an inspiring leader for the entire organic produce industry, “said Susan Canales, President of the Organic Produce Summit.  “Our attendees will be treated to a tremendous overview of how one of the largest retailers in the world approaches organic fresh produce-----and what lies ahead in the ever changing retail landscape.”

Supporting the keynote presentations and Retailer Roundtable is a series of six educational sessions, featuring informative and engaging topics benefiting those on both the production and sales sides of the organic fresh produce industry.

Additionally, the third annual OPS features a sold-out exhibition that will showcase 130 of North America’s organic fresh produce growers, shippers and processors exhibiting their products to over 200 retailers and buyers. Field tours at several of the nation’s leading organic producers are also available for qualified retailers and wholesalers at OPS.